Actress-model Nancy Castiglione transforms credibly into a singing dance diva. Her snazzy self-titled12-track album of slick techno-pop is the culmination of an unexpected career makeover.

“Nancy Jane” is a distinct debut for Nancy Jane the recording artist, an artista of Filipino- Italian descent said to be formally trained in classical and theatrical music. 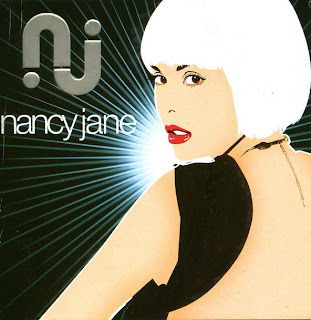 Crossing over to another branch of showbiz works and her repackaging is a good move, as evidenced by the solidly crafted album, released by Warner Music. Seated beside inconspicuous mirrorballs in one the CD sleeve’s photos, is the embodiment of sexiness and sophistication. But for this project, she gladly shares the spotlight with songwriters and arrangers who contribute to the favorable shaping of her dance ditties.

Her gentle, Kylie-Minogue-ish voice seems to fit snugly into songs written by DJ Brian Cua, Ricci Chan and Rico Blanco, among others. The collaborations make for wonderfully symbiotic tunes, singable electronica that emphasizes the strengths of both the vocalist and the composers. Lyrically, these songs are simple yet straightforward, mostly concentrating on romantic and sensual themes that conveys properly. It’s her lyricists-composers’ show as much as it is hers; that’s pretty much clear from the get-go.

She pulls off sultriness in the thumping “Hold You Close,” where she declares that she desires “A little touching/a little kissing/a little loving tonight.” Sensuality leads to seduction in “Rock It,” a gritty swirl of revealing confessions and provocative instrumentation. “Attraction/Connection” is a lighter, soothing cut that producer-lyricist Benjamin Gabitan aptly describes as a “tribute to Madonna.” And in “Moonlight Mood,” ’s purring, echo-filtered vocals help create a cool atmosphere alongside a steady cadence.

The most accessible track has got to be the Blanco-penned “Control,” which appears in the album twice. Its first version is mixed by the former Rivermaya vocalist while the other is by Cua (or by his “alter-ego” Leon Chaplain, to be exact). “Control” has catchy melodies working for it; both versions might sound almost identical at first, until one notices the busier, more layered percussion and keyboard effects in the Cua/Chaplain mix.

The CD is certainly worth checking out and dancing to.