It was a special day for comic book fans, creators, shop owners, and of course, literacy 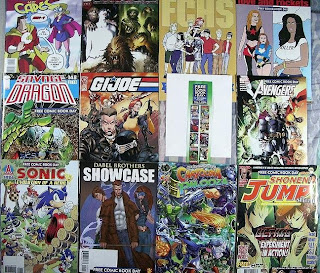 May 2 was a Saturday, but it wasn’t a day that many comic book fans spent zonked out at home. Only a few local shops were set to give away freebies during Free Comic Book Day (FCBD), so readers and collectors who knew about it got up early (well, maybe earlier than the usual Saturday), patiently lined up, and got rewarded some cool stapled goodies.

Free Comic Book Day started in the in 2002. Held every first Saturday of May, FCBD aims to promote the comic book medium, as well as literacy.

Fans, old and young alike, trooped to participating shops and get free comics, which have been created exclusively for the event or are reprints of previously published stories. People also tried out new books, met fellow devotees, and bought items at discounted prices.

Among shops that gave away free comics were Planet X in Glorietta, Druid’s Keep in Gateway Centre, Magallanes, and Comic Odyssey in Robinsons Galleria.

A long line of visitors--hundreds of them--waited to pick from a selection of comics piled on a table inside Comic Odyssey. Shop owner and manager Sandy Sansolis was pleased.

“We get the whole range of comic fans, from the diehard fan to the casual reader, and the passerby who is curious to see what the long lines are about,” he said. “Almost all comic genres are represented in the comics, so there is something for everyone.”

The earliest visitors got comic loot bags. They also got their choices of three FCBD titles and even an FCBD lollipop. Sansolis added that preparing for the fun annual event was challenging.

“I get ready for FCBD approximately three months ahead of time. Pre-ordering the FCBD comics is the toughest part of planning. As there are product and freight costs for the free comics, I have to be very careful in ordering. I make sure I order enough products without going over budget.”

Back at the Comic Odyssey line, people held on to their stubs, as Marvel and DC compilations, sourcebooks, variant edition comics and other collectibles were raffled off. Other comic book fans checked out back issues, or queued up to have their Pinoy-drawn titles signed by artists like Gerry Alanguilan, Leinil Francis Yu, Wilson Tortosa and Carlo Pagulayan. 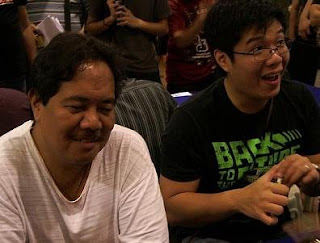 “Creator appearances are a great draw for FCBD,” Sansolis said. “It’s a great time for the fans to meet their favorite artists and have their comics signed. We also run a sale where customers can save up to 50% off selected items.”

“FCBD has been a great tool in promoting comics to the general public. I would say about 25% of the people that show up on FCBD, they’re potential new customers. Many of these new customers are kids who get exposed to comics for the first time. Hopefully, the FCBD comics will help spark a love for comics and reading in general.”