2. I’m enjoying the X-titles’ “Second Coming” crossover. It’s all-out war between the X-Men and some of their most relentless mutant-hating foes, including Bastion, Cameron Hodge, and William Stryker. Some of the titles will be revamped by July (have you seen those odd teasers depicting possible new members?), but for now, the X-Men are in the fight of their lives. Loving it, so far. 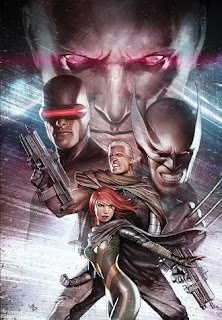 4. The first gay character in the Archie Universe will be debuting in a few months. Kevin Keller will beat Jughead in a burger-eating contest, and Veronica will become attracted to the new guy because of that, according to reports. Finally, a gay character in an Archie Comic. One that has a huge appetite, apparently. 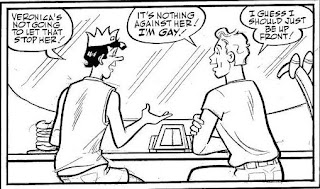 Haven't seen Iron Man 2, but from the feedback I'm getting... comic fans are disappointed. But from those I know who are non-comic fans, they like it a lot.

Yeah, I noticed that too. For me, it started out really good, then it meandered, and just ended.