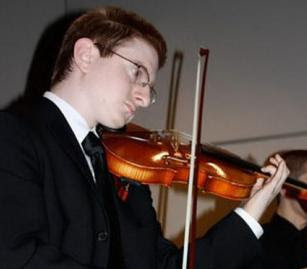 I’m saddened by the humiliation and suicide of 18-year-old American student-violinist Tyler Clementi, whose intimate activities with a male companion were webcast by a roommate. His death is among the rising number caused by cyber-bullying; he’s also another gay kid who took his life after being subjected to homophobic taunts. Rest in peace, Tyler.

I’ve been looking at videos, those of Ellen DeGeneres and other gay people’s (as well as straight ones’), reactions to the tragedy and advice to suicidal or bullied young people. There are several “It Gets Better” videos on YouTube. Some recall bullying incidents and the crushing small-mindedness of people around them. But they also share how things changed after school, and how their former tormentors have become irrelevant.

It’s disappointing that the other powerful, blatantly homophobic bullies hide behind piety; religions and supposedly religious people continue to preach against homosexuality. The Vatican and its Church leaders vocally and brazenly condemn it, just one of a number of things the avowed celibates meddle in, while ignoring or covering up real atrocities and abuses committed in their own back yard.

If you’re a young gay person, be strong. Life does get better.
Posted by OLIVER at 7:18 AM