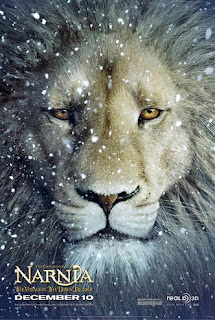 Not as visually striking as “The Lion, the Witch and the Wardrobe,” nor as dark and action-packed as “Prince Caspian,” “The Chronicles of Narnia: Voyage of the Dawn Treader” is still a magical journey, albeit a less captivating one. Younger Pevensie siblings Lucy and Edmund (Georgie Henley and Skandar Keynes) return to fabled Narnia with their insufferable cousin Eustace (Will Poulter), and join King Caspian (Ben Barnes) on a sea adventure aboard the mighty Dawn Treader.

The changed dynamics give this film a sad vibe; the older Pevensies aren’t part of the adventure anymore and are living somewhere in America (the actors appear briefly in a dream sequence). While the previous rapport is much-missed, Lucy and Edmund have grown up and are given their time to shine. Oddly, after reaching a certain age, humans are barred from entering the magical realm, like the older siblings.

“Dawn Treader” has fewer fantastical creatures than previous parts, but there’s a cool-looking dragon, as well as a sea serpent that’s both fascinating and menacing. The tale could’ve been more solid and focused; some new characters with seeming importance appear quickly and are never seen again, while others linger but don’t really add anything to the story. The big epic (land) battles are also missed. Still, “Dawn Treader” sails bravely from one conflict to the next, even when it’s not always clear what the heroes are fighting for this time.