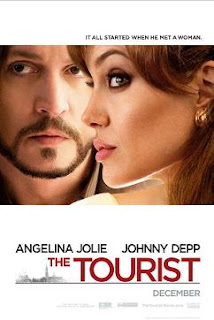 The heist flick-romantic comedy “The Tourist” stars Angelina Jolie and Johnny Depp as flirty strangers being pursued across Venice by the law and thugs alike. The actors look good together but Jolie’s character is devoid of a discernible personality, and Depp’s is an iteration of his awkward leading man roles. It’s a pretty rudimentary, often superficial tour, and the developing romance being touted feels non-existent. It’s a pairing that doesn’t live up to its potential; maybe Depp and Jolie can work together again on something else eventually, perhaps give life to other characters that truly deserve their talents.