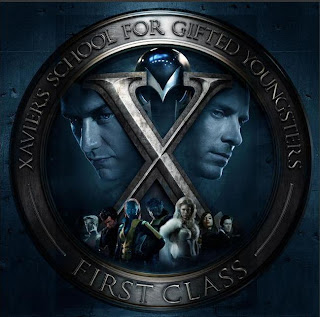 A prequel that also partly reboots the continuity of the established Marvel franchise, “X-Men: First Class” impressively reintroduces the team of mutant adventurers, linking them this time to a tumultuous period in history. The latest reinterpretation quite stunningly examines the long-mentioned friendship between opposing mutant leaders Professor X and Magneto, both integral to the formation of the team in this iteration.

Directed by Matthew Vaughn, who’s already successfully retooled and translated popular comic books “Kick-Ass” and “Stardust” into movies, “First Class” gives a much clearer picture of the challenges facing mutantkind, as well as the strife facing its future shepherds. The young Charles Xavier (James McAvoy) is a telepathic genetics expert who eventually befriends the revenge-driven Erik Lensherr (Michael Fassbender), a Holocaust survivor with mastery over magnetism.

The film pleasantly surprises with its handling of that precious bond, which was talked about repeatedly in the previous film trilogy but bandied about with little emotional resonance. “First Class” rectifies that, finally, giving substance to both characters and their intimate enmity. But giving Erik Lensherr a.k.a. Magneto depth is Fassbender, who portrays the future villain with uncommon intensity. Magneto’s thirst for vengeance and steely determination are further solidified, while Charles Xavier is expounded on delightfully. McAvoy’s suave and animated Xavier charms and surprises, still exhibiting familiar qualities of the future mutant messiah between his more human moments.

And the film has its share of human drama, made extra-palpable by fine actors. Nicholas Hoult, formerly known for his bisexual alpha male role in the original “Skins,” plays super-genius Hank McCoy/the Beast, who sees himself as disfigured. Jennifer Lawrence (“Winter’s Bone”) portrays Raven/Mystique, Charles’ dear friend who believes in his cause initially, but is unable to fully accept her own visible mutation.

Kevin Bacon plays Sebastian Shaw, an unrepentant mutant madman that’s pretty run of the mill but nonetheless a threatening and inescapable presence thanks to the actor. Readers of the comic books may see some resemblance to the Mister Sinister character because of his first/flashback scene. Not all cast members leave a good impression, however. January Jones plays Shaw’s telepathic lackey Emma Frost, sadly an emotion-devoid mannequin.

“X-Men: First Class” has a number of finely shot action sequences, but it’s still very much in touch with its emotions. The persecution drama, the impending ruin of a brotherly rapport, and the mutant-gay/outcast metaphor keep this excellent film layered and extraordinarily moving.