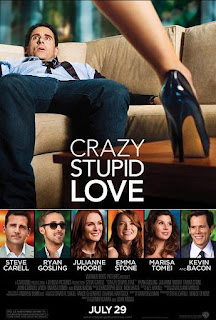 Jacob, meanwhile, is a familiar face in the dating scene, almost always ending up with gorgeous women he charms at the club. But one he fails to win over is the elusive Hannah (Emma Stone), who knows better than to fall for the incorrigible playboy’s worn-out pickup lines.

It’s easy to identify with a couple of the characters; from the unrequited to the heartbroken, they’re evenly and strategically used. ’s young son (Jonah Bobo) pines for the babysitter (Analeigh Tipton), who’s smitten with someone else. It’s easy to understand and empathize with the unhappy wife, but it’s also easy to root for the wronged spouse.

Carell inspires guffaws as the awkward geek-turned-ladies’ man, even when he does sound and act like Michael Scott from “The Office” sometimes. gives her role tangible dimension and humanity, complementing Carell’s character surprisingly well. Marisa Tomei adds comedic panache to the equation, even though her overly excited character, like Kevin Bacon’s eager paramour role, is pretty caricaturish.

There are a few convenient coincidences, and some situations become too unreal to really “fit” the story, but “Crazy Stupid Love” still emotionally connects and engages.