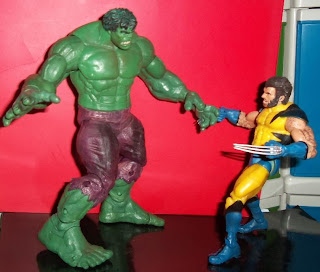 "Hulk liked 'The Wolverine!' No Ryan Reynolds as Deadpool! And Hulk liked that part where..."
"No spoilers, bub!" 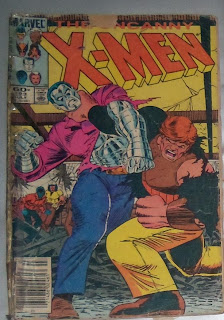 UXM 183. I remember being ten and just loving this. It's the Kitty-Peter breakup issue. I started looking for back issues after this. 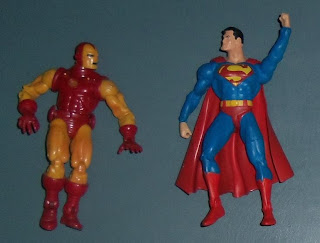 "Well! A Superman-Batman movie. Congratulations. But tell me, will you be killing enemies together?"
"F*@k you. And Batman doesn't kill enemies, he just won't save them!" 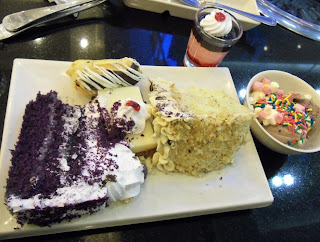 Buffet! I grilled my own bacon-wrapped stuff and mushrooms, and ate tempura. And had these for dessert. ‪#‎graphicfoodpic #cakefiend 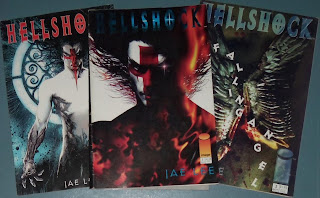 Hellshock. I vaguely remember the story. I think he's a half-angel. Jae Lee's art used to be rough and scratchy, but it later evolved into a cleaner, more elegant style. 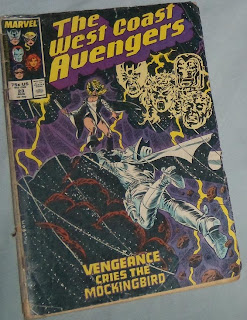 Controversial Avengers issue. Mockingbird lets the Phantom Rider--who drugged and assaulted her--fall to his death. Back when superheroes resorting to killing (or letting enemies die) was a big deal. 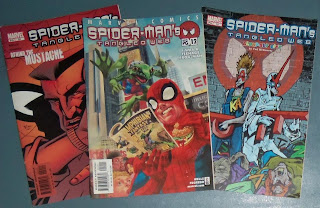 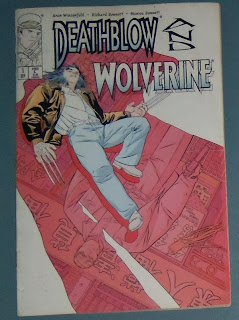 Deathblow-Wolverine, 1997. Fantastic, intricate art by Aron Wiesenfeld. Where is that guy?
Posted by OLIVER at 8:25 AM