Enduring, universal comedy for all ages

Cartoon Network’s Curtis Lelash, vice president of comedy animation, explained that the shows airing on the popular cable channel were doing just that.

“Great comedy is universal and I think we’ve really tapped into something with our shows over the past five years,” Lelash said in a recent e-mail interview.

The California-based executive visited recently to look for original content that can be introduced to other markets.

“Part of the success is that our shows have become more positive and optimistic,” he said. “It seems that kids are responding to that. And, you know, we think they’re funny, too!” 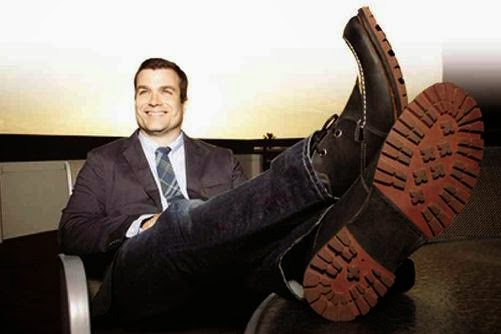 But what type of humor is universal and well-received in ?

“No matter where you are in the world, physical comedy always works,” he said. “I’ve seen a lot of smartly written jokes go right over kids’ heads, but if someone trips and falls down, it’s pretty much always hilarious. It’s part of the reason that ‘Tom and Jerry’ has endured for 70 years.”

Lelash said Cartoon Network  made their shows known, apart from multimedia platforms, via occasional mall events. In the , specifically, these activities attracted fans and casual participants alike and made them aware of new shows.

“Locally, we’re looking to build on our…ratings success in the . We’re the undisputed No. 1 kids’ channel. Already this year, Cartoon Network Toonfest in attracted thousands of fans and their families and the…new comedies ‘Uncle Grandpa’ and ‘Steven Universe’ proved successful. ‘Adventure Time’ continues to be a fan-favorite across the board, as demonstrated by its popular consumer products and toy line, as well as ‘Adventure Time: Live On Stage,’ which is currently touring Ayala Malls nationwide.”
Humor had changed over the years, Lelash offered, but certain comedy cartoons could survive—and had survived—changing tastes and trends.

“Comedy can be seen as commentary on the world, so they always evolve along with society. Maybe that’s too deep, but sometimes really fantastical things are popular, sometimes it’s more grounded. Whereas I think ‘Looney Tunes’ and ‘Tom and Jerry’ have survived a long time on really great execution…When physical comedy works, it really works and lasts. And that’s our goal, to make great comedies that resonate and hopefully have a long lifespan in the memories of kids and older cartoon-lovers.”

Cartoon Network Studios in the , Lelash revealed, was looking to launch many new shows and deliver as many new episodes as it could. The channel would be introducing the Australian-made series “Exchange Student Zero,” as well as other stand-out projects from , to the world.

In the meantime, Cartoon Network continues to bring classic and fresh American shows to : “We aim to make the smartest, funniest and most appealing shows possible…And we’re overjoyed that kids are responding to our latest productions! From ‘The Powerpuff Girls,’ ‘Dexter’s Laboratory’ and ‘Johnny Bravo’ to ‘Adventure Time,’ ‘Regular Show’ and ‘Uncle Grandpa,’ Cartoon Network aspires to create beloved characters that last.”