‘Glee’ starts over for the last time

And now, the end is near.

Musical-comedy/drama series “Glee” kicks off its final season with just about everything you’ve come to expect from it. And that’s not a bad thing.

The show has long been known for jumping the shark—in TV lingo, that’s a scenario equivalent to desperate stunts executed to recapture erstwhile glory—but “Glee” does that on a semi-regular basis anyway, that it’s hard to keep track.

Rachel Berry (Lea Michele), is fresh off the demise of her short-lived TV show. She returns to her old high school, still being run by tyrannical coach-turned-principal Sue Sylvester (Jane Lynch). Long story short, Rachel finds renewed purpose and spearheads a new glee club, with the school board superintendent’s blessing. 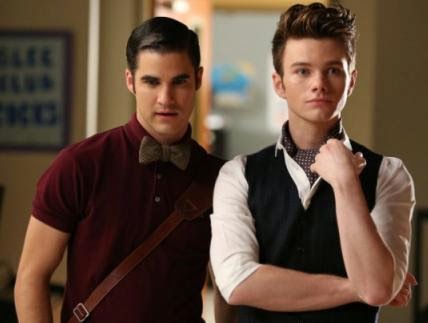 The over-the-top situations, tempered by somewhat realistic dramatic ones, are characteristically “Glee.” It’s gotten major story shake-ups on a regular basis that the nonmusic scenes have long been mere bookends to the songs—sprightly covers of current pop tunes and some classic numbers.

Not that it didn’t produce standout episodes last season; the tribute to Cory Monteith, who played Finn for four seasons, was among those well-written, standalone stories that meshed flawlessly with the music.
But much experimentation has been done, story-wise, that subsequent parts felt cluttered and forced. Looks like it’s attempting to rectify failures, at least, with a back-to-basics approach.

The songs and performances are typically inveigling, but there are fewer characters.

Michele’s emotional rendition of Alanis Morissette’s “Uninvited” opens the sixth season dramatically; she does the mega-hit “Let It Go” just as powerfully at the end of the hour.

The show, still very much about the underdog’s struggles and eventual triumphs, nevertheless keeps emphasizing such themes, even when storylines tend to lack coherence and consistency. But the gay characters’ empowerment issues continue to be tackled impressively, and may remain that way in these remaining episodes.


The long-running “misfit” angle extends to other beloved outsider characters—handicapped, dyslexic, or biracial kids, etc.—that fans genuinely respond to. Many turn that rapport to music purchases; the end is near, yes, but if the consistently strong sales of songs from “Glee” episodes are any indication—the music will never die.

The show understands its place in the scheme of things, and will undoubtedly keep churning out resonant and significant material until its last day, shark-jumping scenarios notwithstanding.