(Published May 23, PDI-Super. The Battlestar Galactica part was omitted in the online edition for some reason, but it’s included here and in the paper version.)

To explore galaxies far, far away is to come face to face with all-too-familiar conditions

The rebooted Star Trek mythology reintroduces decades-old characters, winning over old and new fans with its crafty melding of energetic storytelling and a vibrant young cast.

Invigorated anew, the space sojourns of Kirk, Spock and the rest of the intrepid crew are expected to examine and explore human-alien dynamics further in upcoming sequels.

As in other science fiction-fantasy concepts, the universality of struggle--whether one is human, humanoid, or even an artificial entity--is a factor that makes these otherworldly conflicts appealing.

The vastness of space provides these larger-than-life beings mystery-filled venues to discover and understand. Examinations of the characters are usually provided in the process, giving them--and us--insights into the human condition, aside from flashy spaceship spectacles.

Here are five galaxy-spanning screen serials, recent and classic, that center on a spectrum of human traits, in clashes not confined to just one world: 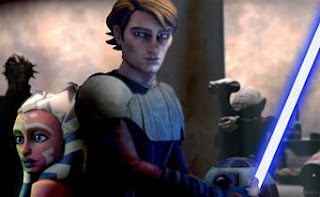 The animated “Clone Wars” series elaborates on that pivotal period in Star Wars history. Concepts previously unexplored in the films (such as Anakin Skywalker the mentor, and undecided alien races choosing sides during the War) are focused on.

Familiar characters are developed, and new situations are introduced. It expands on Anakin’s heroism in a way that the prequel films couldn’t. There are very few clues that indicate his eventual downfall, and the growth of his secret romance with Padme keeps him away from inner conflict, at least for now.

The drama captivates, and insightfully depicts wartime blues on a galactic scale.

In the short-lived “Firefly,” an eclectic group of space-faring humans dodge and fight the scum of the universe together. Narrowly escaping different pursuers such as government goons and ruthless cannibals, Mal and his crew stick together despite differences. The roster is changed forever in the film “Serenity” but the team is stronger than ever.

There are no alien or extraterrestrial antagonists; instead, a variety of humans pose serious threats. The collision of cultures and distinct characters make this “space western” accessible and easy to revisit.

The revived “Battlestar Galactica,” which had a prior TV incarnation about three decades back, re-imagines the unparalleled menace of the mechanical Cylons, who successfully annihilate most of the human race. Defeated, the remaining thousands escape and fend off subsequent attacks. The Cylons have evolved to appear like real persons, however, and have infiltrated the ranks of the survivors.

The occasionally depressing series is well-written, poignantly illustrating human resilience in the midst of impossible adversity. 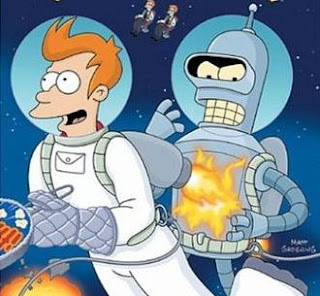 The cryogenically frozen pizza delivery boy Fry wakes up to a totally changed Earth a thousand years later. He delivers packages to different planets with his co-workers, the cyclopean pilot Leela and snarky robot Bender.

“Futurama,” a consistently witty animated series, lasted a few seasons and had a number of straight-to-DVD movie releases. It satirized present-day human behavior and pop culture, among other things.

The British science fiction show aired for decades and was successfully revived and retooled in 2005.

The enigmatic Doctor is a time traveler who jaunts across different eras and galaxies with his chosen companions. The Doctor’s encounters with aliens, authors and armies escalate into adventures that highlight human frailty and heroism.

Consistently imaginative and clever, the show has just concluded its fourth season, and is expected to continue bringing viewers to the most unexpected times and places in the coming years.