“Hidden Cities” host Anthony Morse is mum about his itinerary in the , but is “excited” to finally tour the country where he has some of the “most vocal” fans.

Shortly after his arrival at the New World Hotel in on August 11, Morse gladly talked about the History channel show and its Filipino viewers. “I’m really excited to be doing an episode here because some of our most loyal fans are from the Philippines,” he said. “They offer encouragement as well because I’m new to this TV world.” 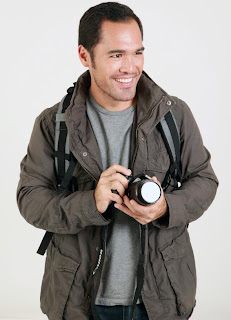 Morse, 31, previously hosted the four-episode initial season, which brought him to a number of Asian destinations. The second season is also being shot in Asia, and will begin airing in November. Morse is accompanied to lesser known or forgotten locations by the show’s director, cameraman and sound man.

“We’ve already completed six episodes; there are eight,” Morse revealed. “The Philippines is the seventh and we have a really good feeling about it. We go to the less-traveled areas and destinations, so we’re going to be looking at various periods of Philippine history.”

Describing himself as “a talker” since he was a kid, the host was chosen among numerous hopefuls, the last applicant with the “Asian face” and adventurous attitude.

“They had an announcement saying they were searching for a host,” Morse recounted. “They said, ‘Do you like to travel, learn about history, interact with people?’ I thought, ‘Yeah! You get paid to do that?’ So I applied online. Here I am a year and a half later.”

Morse already had a familiarity with some Asian cultures prior to landing the hosting gig. He lived in Chiang Mai from age 3 to 18. “I was born in Southern California,” he said. “When I was three, my parents moved back to Chiang Mai. My mother’s people are Rawang, one of ’s several ethnic minority groups.”

Doing season one made Morse even more inquisitive about ancient civilizations. “A lot of these places we went to have been officially documented but because of their remoteness, they haven’t had the thoroughness of study or research done on them. So there’s still a lot to be discovered. ‘Hidden Cities’ can introduce these places to the general public.”

He added that things “with an element of mystery” in the modern world amazes him. “Throughout , communities are living in a way that they’ve been living for hundreds, if not thousands of years. Of course, they’ve adapted to technology. They’ve got cell phones, MP3 players, television sets. But they still managed to retain a lot of their traditional practices. That’s neat to see in this day and age.”

Morse finds it easy to immerse himself in different cultures, thanks to early exposure. “I think the biggest thing is to go into all these experiences with the mind-set that different isn’t bad,” he said. “Different is different. Since I was a teenager, I recognized that, so I did away with those predetermined views. We’re not there to offer some kind of political critique on the country. It’s really educational!”

Still, he was unprepared for some demands of the job. “One thing that was kinda awkward, it was my first time stripping down to my boxers on TV,” Morse said. “We went to this old bathhouse in . We’re filming and all of a sudden the director says, ‘I want you to take the whole spa treatment like the ancient workers.’ There was this guy in his underwear, he’s got a wet towel that he’s wrapping around his hand and then he’s just beating and pounding you! But the most difficult thing is when you have ‘off’ days. It can be a combination of things. Energy levels are dipping down for the day so the ability to have a laser-like focus on the camera can be tough.”

Challenges aside, Morse considers the job a unique and empowering one. “That’s one of the rewards of travel,” he said. “It really does enrich your life. I’m not the same person I was 10 years ago.”