Living, learning across screens and genres

(From the June 1-15 issue of The Fortnightly)
By Oliver M. Pulumbarit

School can be cool or cruel--maybe even both. Students get a glimpse of life’s complexities years before stepping into the “real world.” There are hundreds of inspiring films and shows from almost every genre that focus on education or enlightenment, so let’s narrow it down to a handful of deftly written ones: 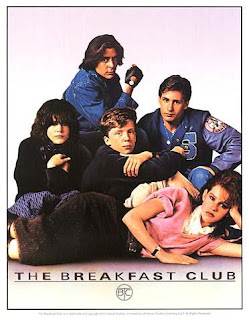 Movies:
The Breakfast Club (1985)
Stuck in detention, five archetypal high school kids learn about each other’s radically different labels and lives. They ultimately learn more about themselves and things they have in common.
Star Wars: The Empire Strikes Back (1980)
Luke Skywalker painstakingly learns the ways of the Jedi through the exiled Yoda, a being he initially underestimated. Luke also learns the truth about his father the hard way.
Mr. Holland’s Opus (1995)
Musician and composer Glenn Holland starts as an unsung, disrespected music teacher. A few decades of teaching later, he discovers just how valuable and inspiring he’s become to many of the school’s current and former students.
Mean Girls (2004)
Based on the book Queen Bees and Wannabes, the teen comedy wryly examines the unavoidable cliques of high school. New student Cady Hedron is quickly introduced to the viciousness and insecurities of the school’s popular girls.
Good Will Hunting (1997)
Will Hunting is a genius who easily solves complex mathematical problems. A dedicated shrink, Sean Maguire, helps him get over his emotional baggage and realize his untapped potential.

TV:
Community (2009-)
Ex-lawyer Jeff Winger continuously learns from each of his disparate schoolmates, adult misfits who form a study group. They endure the various goings-on at their community college together, most of them approaching situations with knowledge from personal experience.
Buffy the Vampire Slayer (1997-2003) 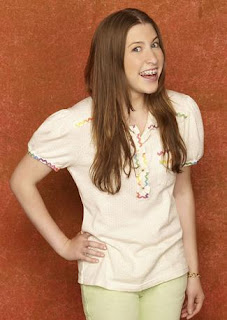 The series brilliantly presented metaphors for the pains and anxieties of growing up, apart from creating a strong and attractive mythology. Buffy confronted her fears and triumphed over challenges, much wiser and more confident by the end of most episodes.
The Middle (2009-)
The sitcom focuses on the never-ending challenges of a working mother, Frankie Heck, but it also chronicles the growth of her kids. Sue is the daughter with no discernable talents, but her relentlessness and determination are admirable.
Glee (2009-)
Despite its legion of characters, Glee continues to sensibly tackle a variety of touchy topics, including sexuality, violence, and bullying. And amid the vocal acrobatics and flashy dance steps, there’s a story about a teacher who keeps inspiring his students to dream big and be better people.
Veronica Mars (2004-2007)
The series’ protagonist is an outsider who helps out classmates who need her sleuthing skills. She routinely investigates potentially dangerous cases, so she knows the importance of doing her homework. But the inquisitive Veronica also has to deal with regular teen problems, which she isn’t always prepared for.
Posted by OLIVER at 4:57 PM