—“It’s such a gorgeous city but we’re not here for long,” said “Girls” actor Allison Williams at the start of a roundtable interview. The third season of the popular HBO series was launched here; most of the main cast members and executive producer Jenni Konner participated in separate group interviews.

Williams plays Marnie, the disillusioned young woman who keeps experiencing romance and career foibles. “Luckily, mistakes that Marnie made are ones that I don’t have to make,” the actor-singer said. “I also learn a lot from playing her.”

The daughter of “NBC Nightly News” anchor Brian Williams and TV producer Jane Stoddard-Williams, she graduated from Yale and was a member of the university’s improvisational comedy troupe. Williams appeared as Duchess Kate Middleton in a humor website’s sketch series, “Will & Kate: Before Happily Ever After,” shortly before getting the “Girls” gig two years ago.

At the launch, Konner described Williams as a “control freak” who made her a packing list for . “I can write a gazillion packing lists for Jenni until I’m blue in the face,” Williams said, mentioning that it suggested the type of pants to wear during a long flight, among other things. “But when it comes to my own packing, I crumble. It’s embarrassing.”

Have you experienced Marnie’s problems? 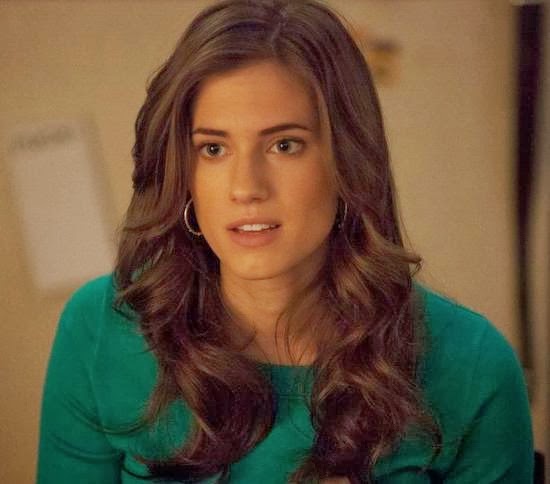 Not all at once, but definitely in bits and pieces. There were moments when I first moved out to LA. I would walk around the ocean and weep. I quickly auditioned for “Girls”…I didn’t know it was going to work out the way it did.

How real do the show’s situations feel to you?
If it didn’t feel real, no one would pay any attention. But it feels like life. I watch it with my friends. There [have been] some scenes where one of them goes, “You have to pause it! I need a second.” Because some [parts] feel too real, even to me. That’s one of the goals of our show, to feel real.

What does Marnie’s taste in men say about her— and do you see it evolving?
It says a lot about her in that she’s utterly unpredictable. Booth Jonathan (Jorma Taccone) is one of the most abhorrent people I can imagine. And yet there’s something in him that almost every girl I know can [find] annoyingly attractive.
Charlie (Christopher Abbott), I think, is an easier explanation. They met in college; he makes her feel comfortable…and she enters a phase where she’s not interested in that anymore.
There’s a really good one in the third season. That’s all I can say about that.

What changed after the success of “Girls”?
Not as much as you probably think…It’s so manageable and sweet when people come up to me. At the end of events, we go home, get to bed at a reasonable hour, I think by 11. Our ideal evenings are so lowkey that I shrink back down to size and stay grounded. Friends and family help us not to lose our minds or get big heads.

Did you have a backup plan?
I didn’t. I grew up with two parents who were like you guys; they wanted truth, fact, information. When I understood what they did and wrapped my head around it, I thought, “Oh my gosh, what a cool profession that I could never do, and I will leave to you to do.” My brother (Douglas) is a sportscaster so he’s kind of a shade away from what my parents both do. I think it happened quite naturally formyself. I had to make it work. It was fundamental to my success. It was very scary and a lot of pressure.