Taylor Swift transitions to a full-fledged pop princess with “1989,” a taut and playful offering that bustles with creative energy, while still highlighting her inimitable talent for writing searing confessions.

It comes as no surprise that she’s fully exploring pop, given that her previous two albums had very few country-flavored songs—it was becoming clear she wanted to experiment with other sounds. She confirms this “need” in the album’s foreword.

The title is the year of the singer-songwriter’s birth; she also reveals in those notes that music from the decade interested her. About half of the resulting album does sound like it was inspired by synth-pop classics from the era, but the rest have either a 1990s vibe to them or a melding of throwback touches—but ultimately, Swift’s hooks are memorable, her songs audibly diverse and given a contemporary edge.

She opens with the strange but peppy tourism anthem “Welcome to ,” an awestruck perspective. Not as odd, she makes fun of misconceptions and rumors with “Blank Space,” summing up how she feels about getting scrutinized, specifically on her failed romances. 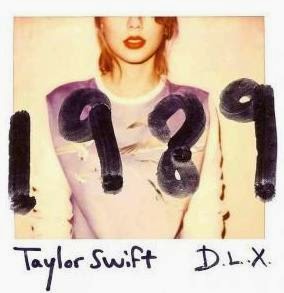 Just as self-aware is the mega-hit “Shake It Off,” which tells off haters—she’s had tons of them, who judge her for her boy problems and her vocal range, among other things.

“1989” has important songwriting collaborations: Swift teams up with fun.’s Jack Antonoff on the ethereal pop-rock track “Out of the Woods”; she crafts with Imogen Heap the soft, gliding ballad “Clean”; there’s also OneRepublic’s Ryan Tedder on the aforementioned “” and “I Know Places.”

As with her older material, the lyrics are primarily detailed accounts about exes; “Out of the Woods” presumably speaks about a vehicular mishap that she and an ex, One Direction member Harry Styles, figured in. While she pours her soul out about the incident, she also sings of the guy’s vulnerable side during the ordeal: “Remember when you hit the brakes too soon?/20 stitches in the hospital room/when you started crying, baby, I did too.”

Meanwhile, “Bad Blood,” some listeners suggest, alludes to Swift’s alleged feud with fellow star Katy Perry.
Not that every song refers to someone she’s had pen-worthy encounters with. The upbeat “New Romantics” is similarly cathartic, an ode to singlehood that emphasizes, “The best people in life are free.”

Swift gets to be a little vain in the CD version, as it contains “Polaroids” of her (actually sheets of glossy paper made to look like them) posing rather playfully, with short, clever captions (her song lyrics ) scrawled on them.

If anything keeps “1989” from being perfect, it’s the set of behind-the-scenes tracks that details her songwriting process. It’s interesting to hear her talk about the origins of a few songs, but they could easily have been posted online—they do disrupt the otherwise energetic flow of the finished, polished music.


As an album, “1989” is an invaluable addition to her already impressive discography. Swift, now fully confident and showing a keen business acumen, establishes herself as a force to reckon with anew, coming up with universal things to say, no matter how specific she gets with her melodic tell-alls.
Posted by OLIVER at 2:53 PM