I sort of became a fan of Bill Maher’s back when I read about his stance on religion and homophobia some years ago in an issue of The Advocate. The guy’s agnostic, and doesn’t mince words about his lack of faith, or pointing out blunders and injustices. He does so wittily and wryly. I was able to catch two recent episodes of his show Real Time with Bill Maher. The pre- and post- election discussions, which also tackled Prop 8, were lively thanks to the opinionated host and his similarly vocal guests.

At one point, he spoke with Sean “Puff Daddy/P. Diddy” Combs. The conversation about Barack Obama’s victory briefly deviated to Combs’ faith in God. “You will believe one day,” Combs said to Maher. The rapper-mogul added, “Why don’t you try it, just try it, come on.” Maher responded, “Dude, I was raised Catholic. I did try it.”

Speaking of agnosticism, that side of the Supernatural boys Dean and Sam Winchester was focused on a few times in the show’s second season. I’ve seen a total of 44 episodes of the series so far. It’s just interesting to discover that they’re doubters, admitting in some episodes that they’ve seen a lot, but are unsure of what lies ahead for those troubled souls that they literally saved during some of their missions. 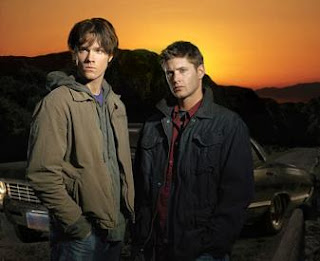 Sam is more hopeful and less cynical than Dean about such things, but regardless, they fight on and right some mystical wrongs whenever they can. The show’s mythology took some time to build up, but the sense of a bigger world and some backstory gradually crept in with every episode. The show lightened up occasionally, too. I’m just a little bothered by the lack of really strong female characters in the stories. Sure, there are independent women who appear once in a while, but they often end up as hostages, as bait, or dead. I hope that changes in subsequent seasons. The Winchesters’ rogue’s gallery, meanwhile, is an assortment of foes that rivals that of Buffy’s, Angel’s or Mulder and Scully’s.

And, speaking of Big Bads, I also finished watching two seasons of Dexter. Dexter Morgan’s probably a lot of people’s favorite fictional serial killer now, because it’s easy to root for him, the somewhat altruistic murderer who gets to harshly dispose of a diverse assortment of killers. He’s not fighting for justice or revenge, really--except in some cases--but he knows that he can’t stop his violent nature, so he focuses on targeting unrepentant, truly vicious individuals during his spare time. 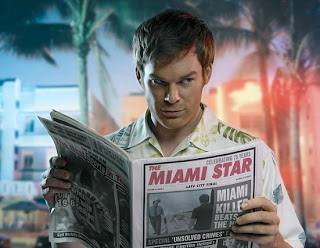 It’s hard not to tear up a little whenever a fraction of Dexter’s tragic history is unveiled. Moral dilemmas of different characters often collide, exposing gray areas to each episode’s tragedy. But the black-and-whiteness of many situations remains, especially when he confronts and gets rid of those killers that clearly deserve it. In the process, we’re given much-needed catharsis. Man, what a show.